Home > About the Murdoch Munro Collection

About the Murdoch Munro Collection 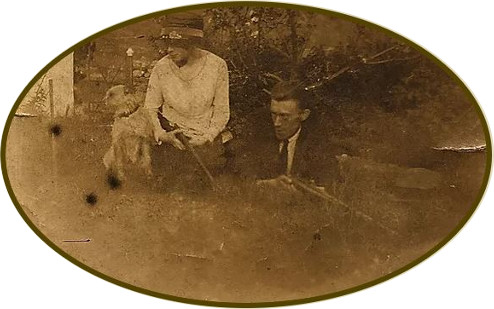 The Murdoch Munro Collection is a collection of letters, documents, photographs and items which belonged to Lance Corporal Murdoch Munro (1895-1961) of the 1/4th Seaforth Highlanders (a regiment of the British Army mainly from the northern Highlands of Scotland). He served in World War I between 1914-1919. He was also my grandfather.

Most of the letters were written during his service with the 4th Seaforth Highlanders and as part of the 51st Highlanders on the Western Front in France. They were addressed to his sister Mary (Mairi) Campbell Munro. The earliest dates from December 2nd 1914, and the last was sent on 16th January 1919 toward the end of his service. Some letters were written in Le Havre and Calais (France), however Murdoch did not typically reveal his exact location. He was awarded a Military Medal for an act of gallantry on 23rd March 1918.

Other items in this collection include four photographs; three taken in the area of Ardcharnich near Loch Broom, Wester-Ross (Scotland) which is where Murdoch came from. The other is a real photo postcard of the 4th Seaforths boarding the train from Dingwall to presumably Bedford (England), on 10th August 1914, and ultimately on their way to the Western Front in France.

The documents in the collection include one of Murdoch’s soldier paybooks beginning 26th August 1916, a ‘Protection Certificate and certificate of Identity’ dated February 1919, a ‘Gallantry on Active Service’ card, a hospital slip from the Scottish National Red Cross General Hospital (Glasgow, Scotland) dated 14th June 1918, and a ‘Certificate on Demobilization’ dated 1st March 1919. Objects in the collection include a small scrapbook with a pressed leaf and poppy petal, a wooden tobacco cabinet, a pipe, medals, and a ghurka knife. Another item in the collection is a Christmas card, undated, with the Seaforth Highlanders (Ross-shire Buffs) motif.

The main collection has been split into smaller collections for easier browsing: letters, photographs, documents, postcards, envelopes, and objects. There is also a collection of his medals.