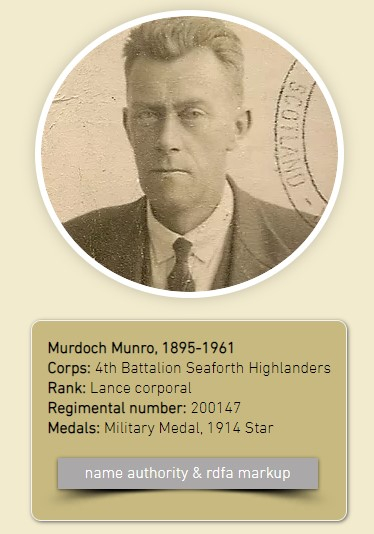 Discover some of the people of this collection...

Murdoch mentions several different people in his letters. Some are family members, some are friends or perhaps neighbors, fellow soldiers or nurses. Listed below are some of these people and a little bit about them. Included are some people who are part of the history of these items in the collection in an important way. For example the captain and Second Lieutenant whose signatures we see on envelopes and postcards. Do you have photographs of any of these people? Would you be willing to give me a copy...email me at eanygard@gmail.com